Ready to check out the History Museum at Natural Bridge?

Be sure to check out all the other great things to do here during your trip! Our Vacation Guide is packed with local insight.

Check out Our Newest Addition, the History Museum at Natural Bridge

About the History Museum

In 1774, Thomas Jefferson purchased 157 acres of land, including the Natural Bridge, from King George III of England for 20 shillings. He called the majestic, 30-story solid rock bridge “the most sublime of nature’s works.” Jefferson built a two-room log cabin nearby, with one room reserved for guests to use as a retreat. While President in 1802, he personally surveyed the area. Many famous guests stayed here, including John Marshall, James Monroe, Henry Clay, Sam Houston, and Martin Van Buren.

One of the most popular New World tourist attractions during the 18th and 19th centuries, Natural Bridge drew guests worldwide, with many arriving on horseback or horse-drawn carriages to explore the countryside.

In 1833, a new owner erected the Forest Inn to accommodate the increasing number of visitors. The Bridge had considerable notoriety during the 19th century, with Herman Melville comparing the size of the Bridge to the white whale, Moby-Dick: “But soon the fore part of him slowly rose from the water; for an instant, his whole marbleized body formed a high arch, like Virginia’s Natural Bridge….”

William Cullen Bryant, another American literary figure, said that Natural Bridge and Niagara Falls were the two most remarkable features of North America.

During the 1880s, Natural Bridge was a resort owned by Colonel Henry Parsons, who also owned the nearby Rockbridge Inn. Parson’s first hotel was an expansion of a small “roadhouse hotel” owned by Captain Stevenson. Soon after the expansion around 1890, Parsons went up the hill to the present-day location of the historic hotel and built the first main hotel associated with Natural Bridge – it was called the Appledore.

In 1964 construction began on the present-day hotel under the watchful eye of James N. Hunter and the new hotel opened its doors to the world with great pomp and circumstance in 1965. 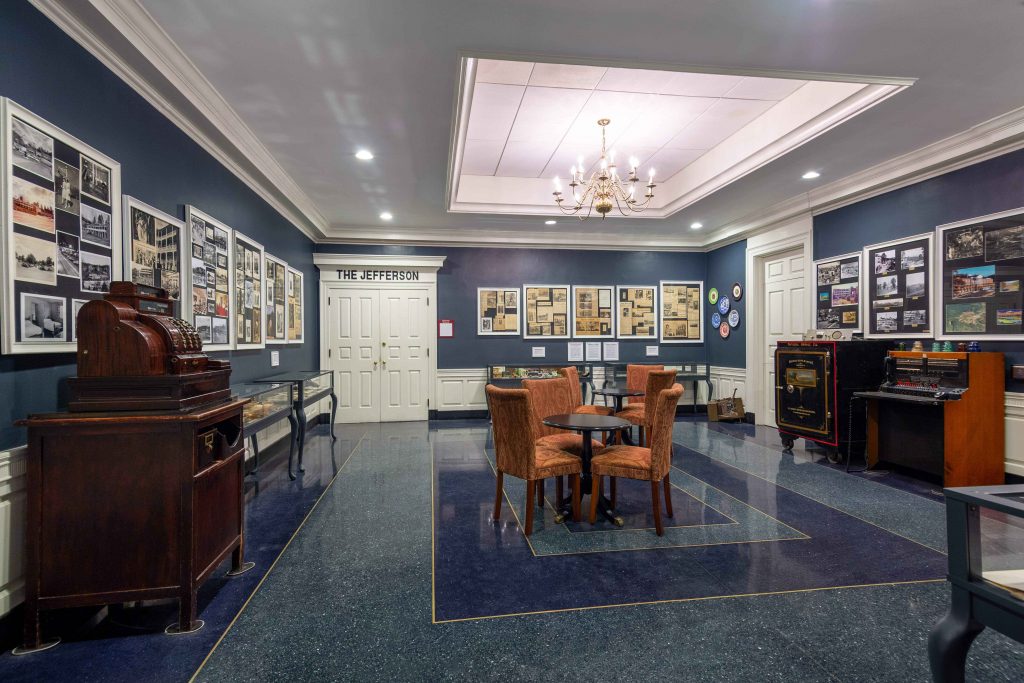 Are you a history buff, or do you like to know everything about the area where you’re staying? You can stay next to the History Museum at Natural Bridge. After a restful night of sleep in one of our comfy rooms, head downstairs to the Colonial Room for breakfast, where you can enjoy fresh coffee, savory bacon, and warm pancakes! After a satisfying breakfast, jump into the history of Natural Bridge at our new History Museum. Then, spend the rest of your time here exploring all the local activities and attractions you just learned about, like Natural Bridge and the nearby caverns!

Start planning your trip! We can’t wait to see you soon!